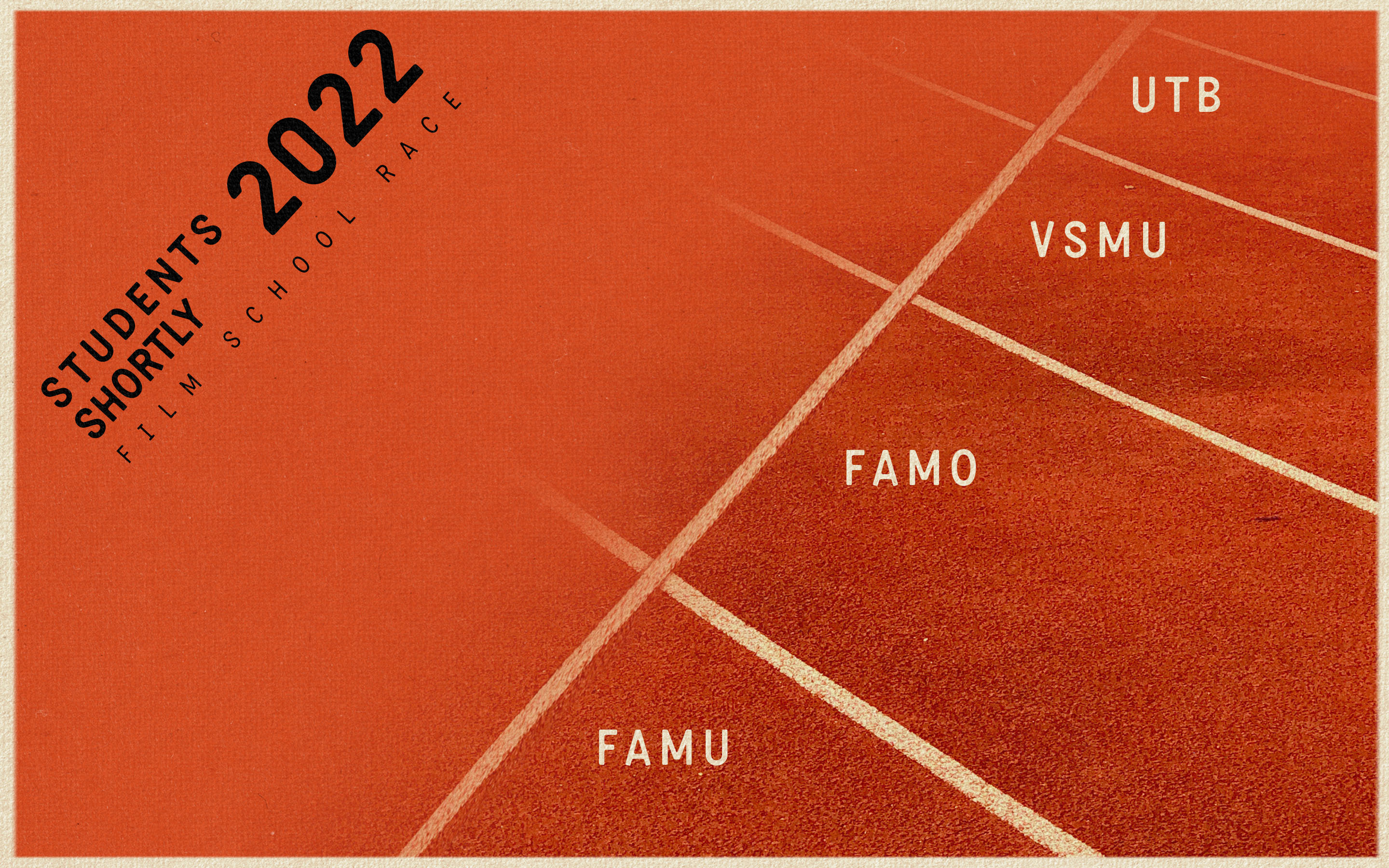 This year, iShorts again brings you the traditional student film competition, in which the rising stars of Czech and Slovak film will clash. Once again, four films from top film schools in the Czech Republic and Slovakia will compete for your favor. Will the award go to FAMU in Prague, FAMO in Písek, UTB in Zlín or the Academy of Performing Arts in Bratislava? Don't miss the thrilling battle of their four films and see the popular show of contemporary young filmmaking for yourself.

Libuše and her husband Jaromír have been together for a long time, perhaps too long. It seems their lives have become mired in a vicious circle of enervation, which neither of them wants to admit. The couple might have spent the rest of their days like this were it not for the arrival of a motivational package from an agency called The Sun… A study of life’s declining years as a period in which simple whims become immutable laws, whose infringement is almost physically impossible.

Something like a roadmovie and story of girl named Carla, an unhappy virgin who meets Josef on her birthday day. Josef is slightly unhappy guy too and confuses Karla with a prostitute. Well, she accepts the game.

Simon has been suffering from insomnia for years. He is disappointed in his drab and uneventful life, but everything changes once he comes across a 16-year-old Youtuber on his son's laptop. Through her ASMR videos, he can finally enjoy a good night's sleep – but there's no going back anymore.

A psychological drama based on true events describes the post-war destinies of a former representative of the Protectorate collaboration and the leader of the so-called Curatorium for the Education of Youth in Bohemia and Moravia (Czech Hitler Youth), Dr. František Teuner. In a communist prison of the 1950s, he gained the sympathy of most prisoners with his dedicated approach as a prison doctor. Karel Kalina is not among them...

Total length of the screening 102 min. In Czech and Slovak language with English subtitles.